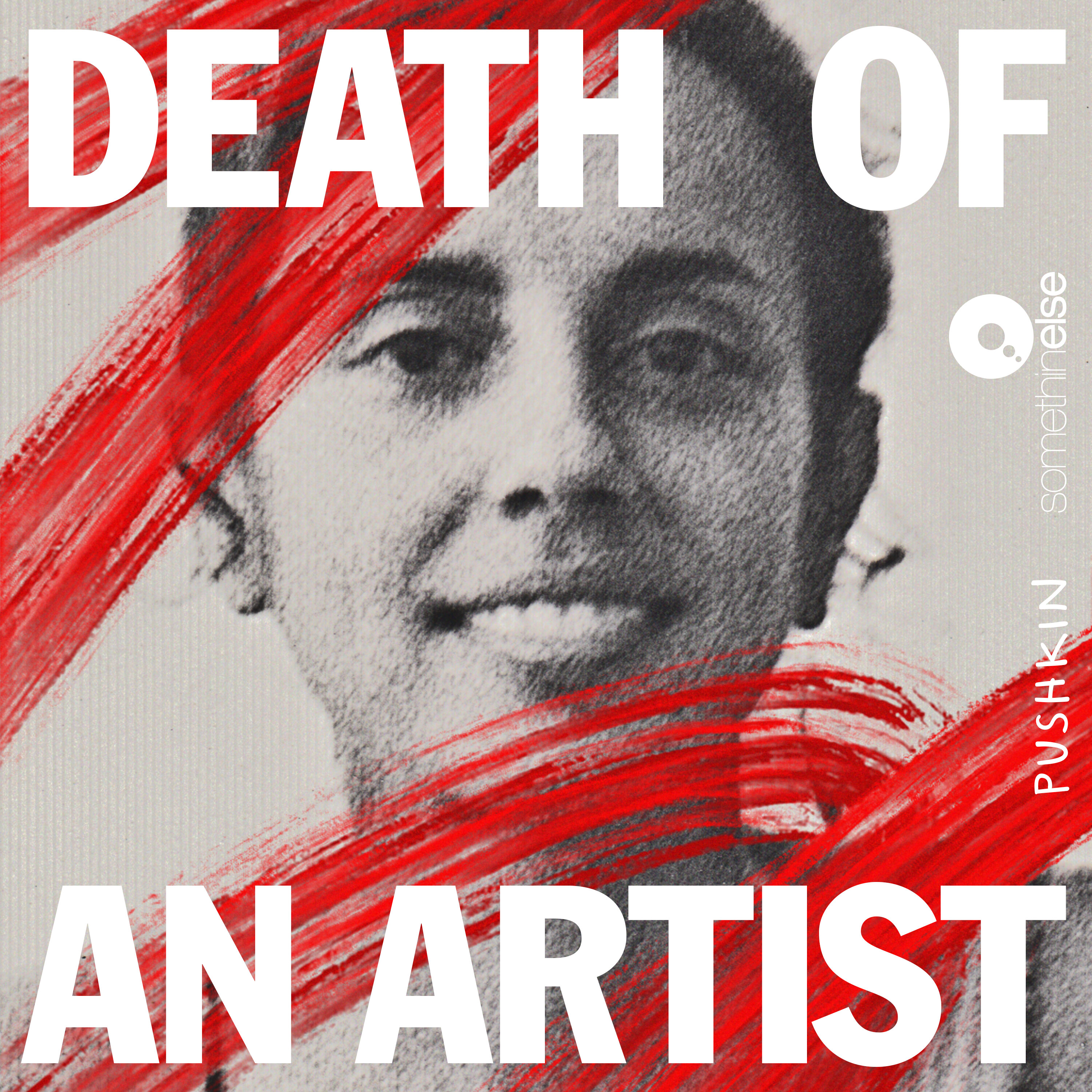 Death of an Artist

Was the famous sculptor Carl Andre involved in the death of his up-and-coming artist wife Ana Mendieta? For over 35 years, accusations of murder shrouded one of the art world’s most storied couples.

They were a textbook case of opposites attract. Andre was famous, rich, white, and within the small coterie of the artworld, powerful. Mendieta was a Cuban refugee, a woman, working at the edge of the Avant Garde. Just months after their wedding, Andre called 911 saying they had a fight and Mendieta “went out the window” of their 34th floor apartment.

Andre was charged with murder and the art world split in two. Host Helen Molesworth revisits Mendieta’s death and the trial that followed, and interrogates both the silence and the protest that have accompanied this story ever since.

Death of an Artist is a co-production between Pushkin Industries, Somethin’ Else, and Sony Music Entertainment.

Episode 6: The Reckoning
Today, Carl Andre lives in the same apartment where Ana fell to her death. Helen investigates and grapples with what his not guilty verdict means and chips away at the silence the art world has used to protect both Andre and itself. If you’d like to keep up with the most recent news from this an...
ListenTranscript

Episode 5: The Silencing
Carl Andre is acquitted. Decades later, the art world remains divided about his innocence. In order to protect Carl, the art world maintained a strict separation between the art and the artist and used silence to preserve the status quo. But a few remain vocal. To hear the rest of Season 1 ad-fr...
ListenTranscript

Episode 4: The Genius Problem
Carl stands trial for the murder of Ana Mendieta. His defense ruthlessly attacks Ana, using her artwork against her, and rests heavily on his prestige in the art world. Helen reveals her personal connection to Carl Andre and his work, and how it changed her career. To hear the rest of Season 1 a...
ListenTranscript

Episode 3: The Feminist Cabal
Ana’s art engaged with her identity as a Cuban female artist. She worked hard to be recognized in a world dominated by white men. After her death, Ana’s friends and family demand an investigation. Many of the most powerful members of the art world dismiss them as a “feminist cabal.” To hear the ...
ListenTranscript

Episode 2: What the Wall Label Doesn’t Tell You
Following Ana’s death, police take Carl in for questioning. He has scratches on his face. His story is inconsistent, yet he maintains his innocence. In this episode, we rewind and take a look back at Carl’s history and his relationship with Ana and try to understand what led to that night. To he...
ListenTranscript

Episode 1: The Haunting
In 1980s Manhattan, a young Cuban artist named Ana Mendieta made a name for herself as a rising star in the art world. Her turbulent marriage to the older and well-established sculptor Carl Andre raised eyebrows. One September night, Carl called 911 in a panic. His wife, he said, “went out the wind...
ListenTranscript

Introducing Death of an Artist
Coming Sept 23: For more than 35 years, accusations of murder shrouded one of the art world’s most storied couples: Was the famous sculptor Carl Andre involved in the death of his up-and-coming artist wife Ana Mendieta? Host Helen Molesworth revisits Mendieta’s death and the trial that followed, an...
ListenTranscript